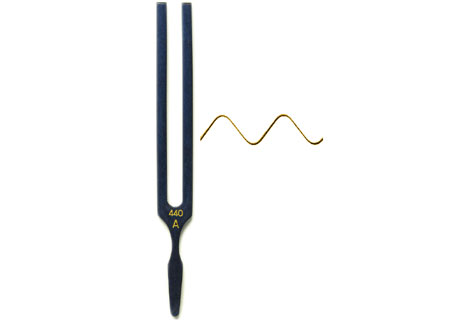 Reading this today …
http://wakingtheinfinite.wordpress.com/2013/10/29/the-great-tuning-fork/ … (Do read it !)
… reminded me of a significant small detail I forgot in my post about the Tarka Trail !

It was when my father and I had taken the keyboard action out of his piano, and exposed the hammers, strings and blocks inside.   He hadn’t done this for a long time.  He told me one note in particular was not being properly damped, and was sticking;  at D in the octave above middle C.   Without the keys, we couldn’t tell which string it was.  He used his old tuning fork, to strike an A.   You knock the metal fork on something, then stand the base on a wooden block, and it sings.  Then we hummed  and pinged up the strings, to find it.

The funny thing was, that after I heard the tuning-fork’s A just once, it happened that two or three times when seeking a particular note, I pinged a string at random, and it was the precise tone I was looking for.   It was like a homeopathic practitioner touching the right remedy among the bottles.  My audial subconscious and sense of touch, after hearing the tuning fork, did the job unerringly – from where, I do not know. 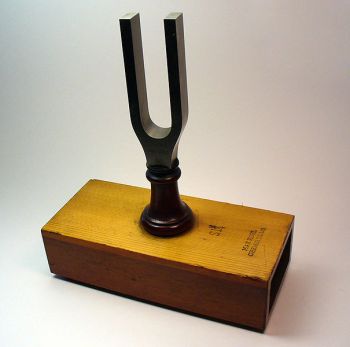 For the job itself, we filed down the tiny knobs of lead between the small wooden blocks between each string, which had swelled – beginning with the stuck D … success.

For the “significance” … I feel a strong converging current these days – which this week’s storm blowing through, continues to confirm, and so does yesterday’s solar eclipse.   Finding the right note three times, by touch, I was simply concentrating, like a blind piano-tuner does.  And it led me to itself, without thinking.

Sound is concentric:  the sound of the soul is contagious, as are linked events.   NepTUNE is the tuning fork of an Astrology chart. It is CONTAGIOUS, because it concentrics a sound-resonance, or butterfly wing. It foregathers us universally, and gravity is the way of love.

In the days of the Mings, Chinese astrologers read the song of the planets and taught their royal clients to hear the soul’s unique musical sound, within their body.  They interpreted thus, the sound of a person’s soul – its resonance;  they struck that individual tuning fork: the song of destiny.

Your destiny vibrates … like a mantra breathed by a Master into your ear.  It resonates through your life.  You will for ever recognise that special note … as you become still and listen. 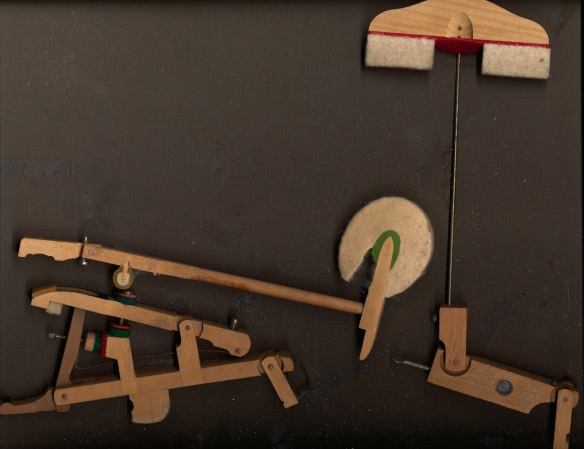 I am interested in how things work.   So here is a piece of piano action and hammers … 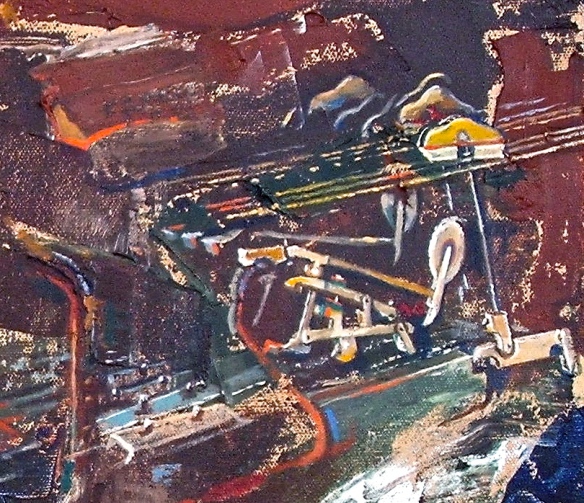 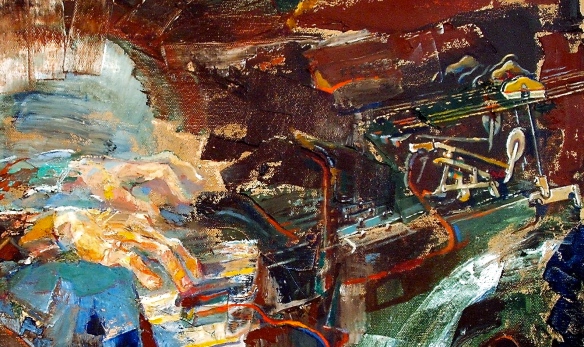 … which I begged off a piano shop, one autumn day in 1986, to paint the following picture … 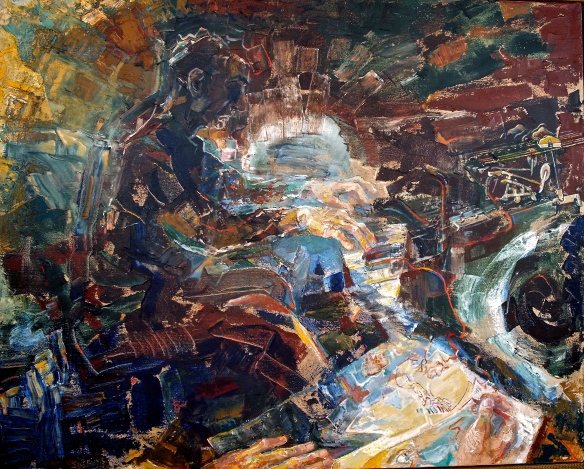 … which is called “Musician and Audience” – it expresses the feeling of a bell-like sound I heard at a piano recital, which filled the hall.   You can see my hands too, the artist at work, or “audience”, along the bottom of the painting, and even my eye and profile.   The colours were laid on with a palette knife – the glory of wet autumn leaves and the wind, the wild tints of earth and light.

This pianist spoke to me about the art of touch, particularly in Mozart:  a consciousness of the beds of the keys, and the tiny silent interval or space, just as the key descends;  the string is struck, and begins to ring like a bell … and expand.   True pianism is not percussive;  it is a caress of conscious power;  a way of lifting the resonance from the key-beds.  The late Paul Roes wrote of it, and of the posture for piano playing, in his book on the heritage of Liszt:  Music, the Mystery and the Reality.

Knowing and feeling this, contributes immensely to the warmth, breadth and speech of the sound and phrasing.

I tried to illustrate it in this drawing of Hermetic healing … a brushing out of the ancient dust and Karmas under the piano keys – how true to Life! – just as my father and I were doing last week, with brushes and a small hoover.  The wood came up fresh and clean and aired.  And there along the bottom … and sleeping in the fragrance of grand old pianos … are Hermes the healer, a child being cradled in his arms, the ocean, the sun and a happy tuning fork – a Key! – in the form of Mercury.   He is winged.  Or is it Venus? 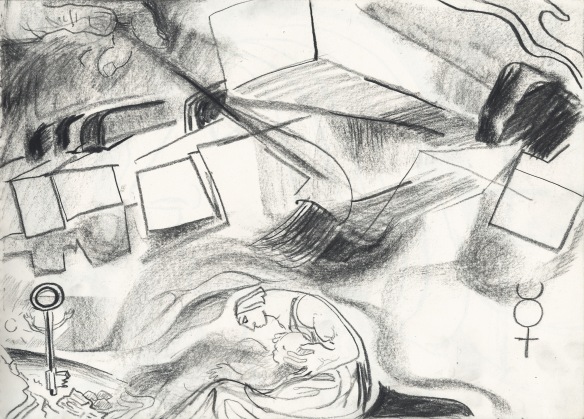 The life is set free.

My adventure welcomes fellow travellers.  I am a poet, an artist and a seer.  I welcome conversation among the PHILO SOFIA, the lovers of wisdom.

All art and writing in this blog is copyright (c)Janeadamsart 2012-2013.  May not be used for commercial purposes. May be used and shared for non-commercial means, with credit to Jane Adams and a link to the web address – https://janeadamsart.wordpress.com

5 thoughts on “Post-script to Tarka Trail: a Tuning Fork”