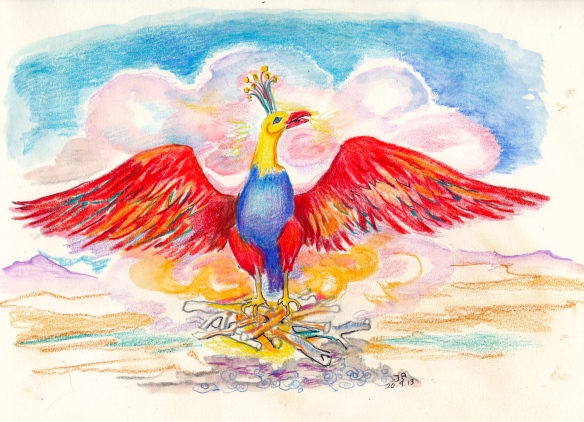 This post is written in gratitude to all my fellow bloggers and the little Awards for Inspiration we give each other!   The Awards are places where the innumerable great streams of a river meet, and flow along each other.  Watersmeet.  Firebird.

In Alchemy, the first Matter – Sattva or Mercury of the wise – has a luminous substance.  Light on impact illumines and gives birth.  In the subatomic world, photon on impact releases a “new” photon.  Solar energy – at the speed of light – travels and is received in every direction, outward as inward.   Pilgrims along the great Roads of Consciousness, transmit the wisdom onward, everyplace.   Deltas without end form ganglia of transmission, as openly as wave-currents in the sea. 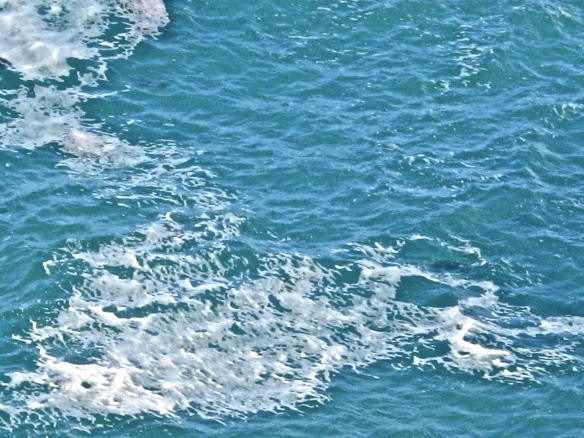 Then take the wand, and be AS THIS.   Be a lighthouse keeper. 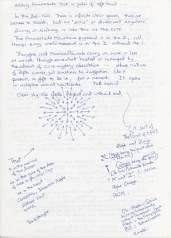 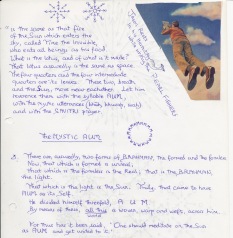 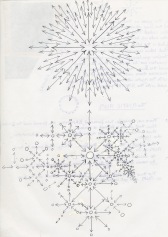 Light inwardly, is CLARITY, the freedom of a perception, unbuffered and silent.   Limitless light concentrates itself in Kether, where the whirling motion begins manifestation.

Everything is Light, everything is the daisy-chain-movement of Light, including the difficulty of childbirth, and of human life and its pollutants, and of red in tooth and claw on earth and in the sea. 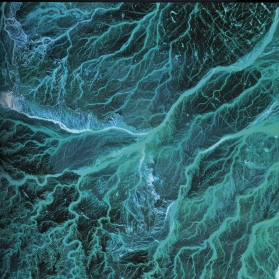 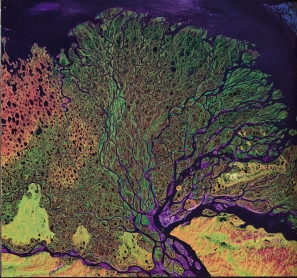 Light is obscured whenever the attention on it is lost.  I feel that Light, the movement of Light, is the true nature of time.   The time spent on battling with its dark materials when I lose that tender attention –  is dream-time, what-if time, maya time, imagined time, competitive time, fear-of-death Linear Time.   In that small illusion is trapped the bulk of humanworld and all its buildings and all its energy, crime, false economy and concerns. 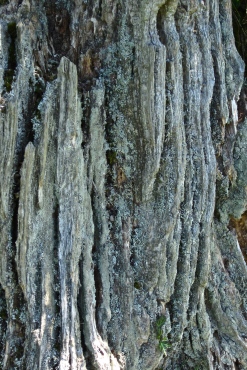 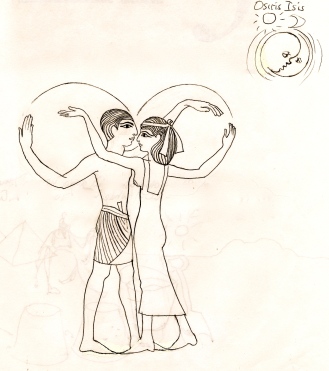 When Light-awareness comes around again, it is found to be a seamless continuum:  and in this awareness, the dark materials in their tiny time – all the buildings, media and fatigues – are laid aside.  When I was not aware, I was immersed in the tiny manufactured time.  I was caught in the treadmill, and I got exhausted.

For the dark is itself the Light.

What Reality do I create? 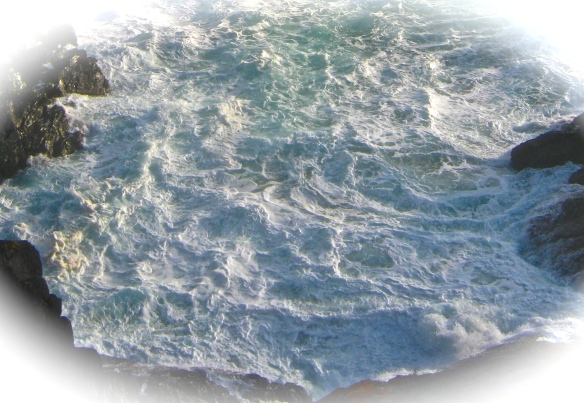 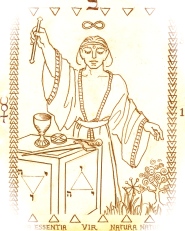 Light in this context, is the electricity in my body (manifesting through the blood stream) … the white river’s grace through my open mind … the current through the cable (Key 1) … the planetary polar axis and magnetic field, tiny portions of which are intercepted by humankind’s technology, to keep its own illusion lit up as cities in the dark materials.

The dark-matter throughout the cosmos, which links everything, is consciousness:  even as much of our brain is unexplored space. 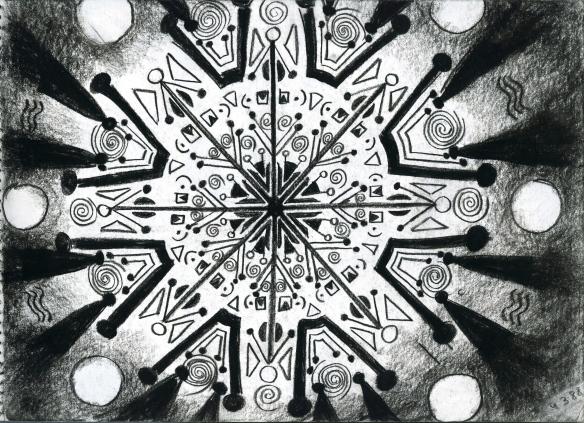 Look up into the Angel’s Sound 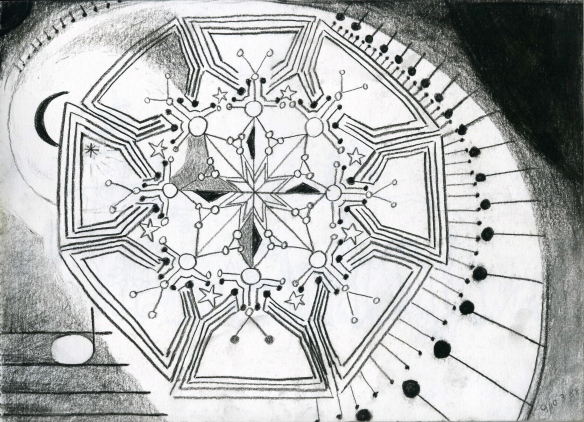 I was moved yesterday by Parker Stafford’s post on “How to bear Changes in the World”.  I think it was that one. And also his post about Death.  He said that when he wakes up, he is tuned in to – (my words for it now) -the vast Mother River, our solar Cosmos – the Solar sphere (in my understanding) which embraces Pluto’s orbit, and probably is galactic … the Connectivity.   The delta of the nerve-ends everywhere … in touch.

And Lissa writes of this too – (what an inspiration she is …) – she writes of our open and exposed human feelings which, raw as they are, touch the distant stars … filaments like spider’s string at dawn.   Union, even through distress and grief. 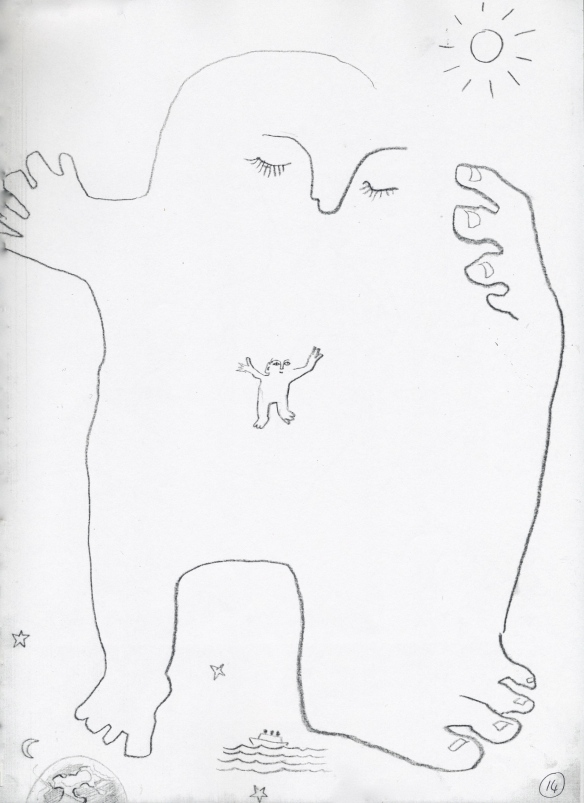 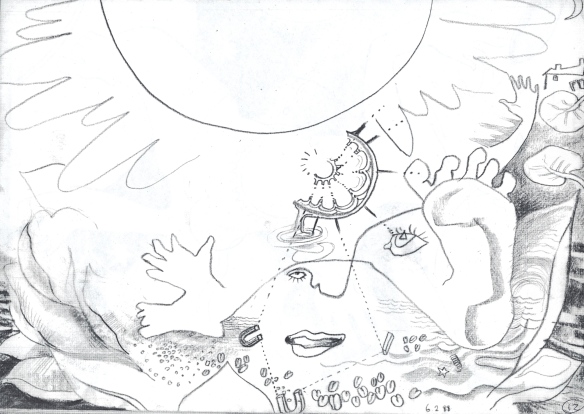 Awakening to the sun

I understand too, that the tiniest movement in the eyelid of Consciousness, has the potential to stir mighty changes.   Human blind-unconscious activity disturbs even the vastness of the magnetic field, which manifests in weather changes.  So much cruelty in human history comes forth into the open now, that the Karmic process is inevitable.   We are a race in its infancy, barely past the destructive tantrum stage.  The habitat we are creating, will force us to maturity.

So – as night and day, sorrow and joy, keep coming – watch the flow of the Light which is Clarity, Existence, Creation … through a million fleeting dark garments.   This is Meditation, with whatever tools you need, to hand. 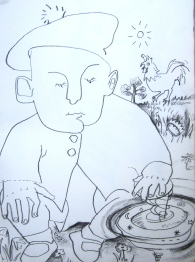 The Wandering Fool, with spinning top – planets and nature 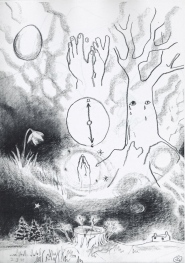 What a sky is left, where you once stood! 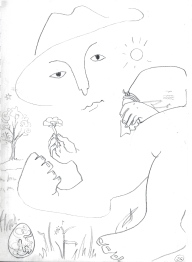 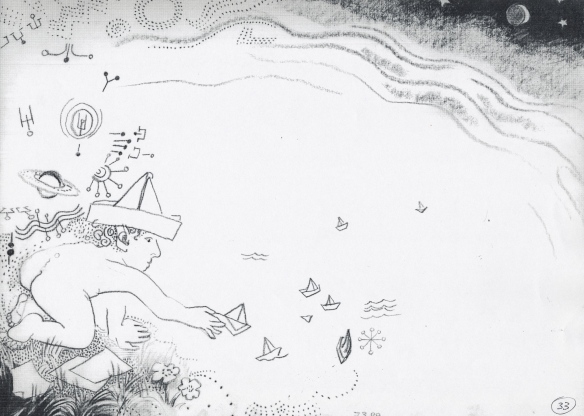 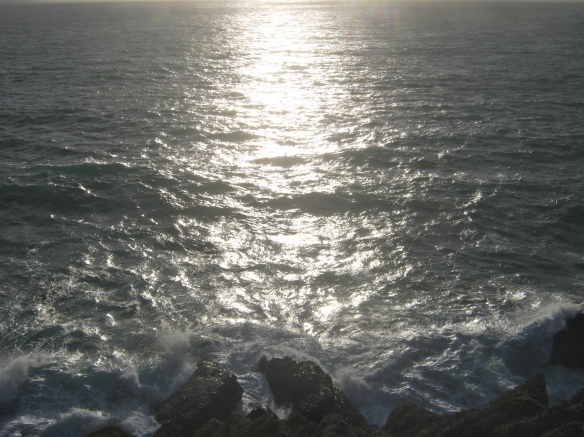 path of the phoenix

The photos of the sea and sky were taken by my daughter,
on her coastal path in Cornwall.

All art and creative writing in this blog is copyright © Janeadamsart 2012-2013. May not be used for commercial purposes. May be used and shared for non-commercial means with credit to Jane Adams and a link to the web address https://janeadamsart.wordpress.com/

2 thoughts on “The Photon”