Sages by the holy hill – Ramana, Poonja and devotee

I am conditioned by a spiritual teaching: to keep quiet in personal matters – why? Because – the noise and pain is on the surface, and cannot transform anything inside its own scarring.   To keep quiet and open with a situation as it changes, is trans-formative.   Instinctively, intuitively, I know this, and its potential awakening.   But  I want to tell, and it is in me a stuck clamour, when the personified fragments which come out, are untrue to my truth.   Conscious with and as these painful personified fragments till they fade … — they fade and flutter like Siva’s grey ash turning white. .

Jung said in The Red Book, “Then turn to the dead, listen to their lament and accept them with love. Be not their blind spokesman.”  He adds this to the Christian law of love and redemption. .

“… Have reverence for what has become. … If you know what the dead demand, temptation will become the wellspring of your best work, indeed of the work of salvation. When Christ ascended after completing his work, he led those up with him who had died prematurely and incomplete under the law of hardship and alienation and raw violence. The lamentations of the dead filled the air at the time, and their misery became so loud that even the living were saddened, and became tired and sick of life and yearned to die to this world already in their living bodies. And thus you too lead the dead to their completion with your work of salvation.” . 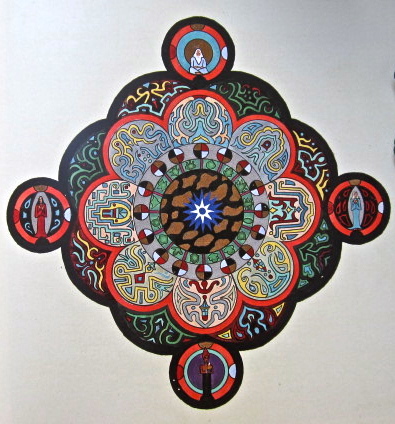 Jung’s mandala to the flowering dead.  They are the souls also of our previous lives and formation.  On the compass points, the two vertical gates contain “animus” – he describes them as an elder sage and a magical or cthonic one     The horizontal gates contain  “anima” – the dark and the light womb or Mother.

Recent unbearable impressions: a ten year old boy in Gaza going crazy because all his family are killed by another bomb from Israel.  Small girls in chains, being dragged to unknown husbands as cattle.  The great Tree Spirits of the rain forest being slaughtered, torn, and replaced by tidy rows of dark-green palm slaves.  Cattle jammed in desert corrals somewhere in America, like ants, with giant trucks driving through them with “feed” – concentration camp, this is what humans eat.  Fish being vacuumed out of the sea.  The human wound and greed spills poison into nature and the oceans.

It seems to me now, that humans in the retro trap of aggressive wealth, cannot change their nature.  But souls who are incarnating into the human race at present, can and do.   A time approaches, when the above scenes of inhumanity are inconceivable.  Something emerges through the dead end: the truth of living and dying; and living and dying. 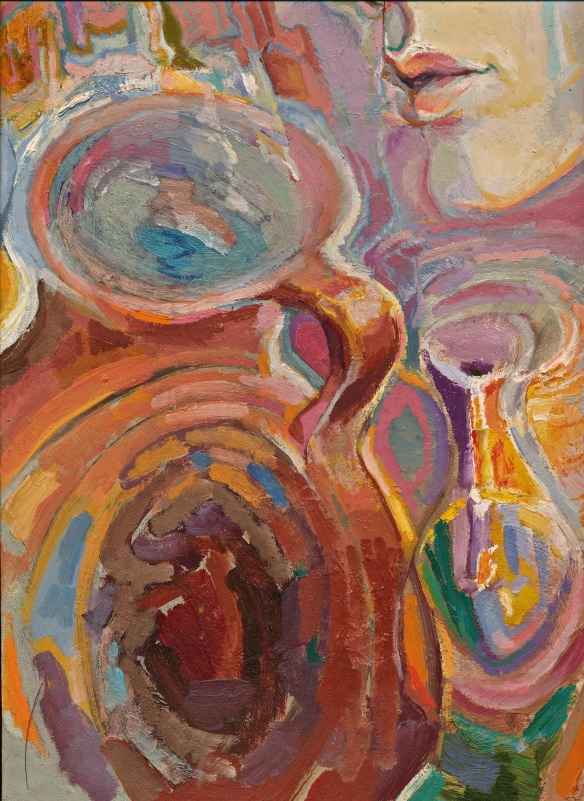 In my mind, I am, you are, a human child – a culture, a civilization, with countless humans (thoughts) passing through, living and dying, many are of the same herd type, they bleat like distressed sheep.   In Plato’s cave are Shadows! The parade is endless. They are all mine, since the fire glowing behind me throws “mine” onto the cave wall, which attracts the collective dark parade from nowhere to no place. 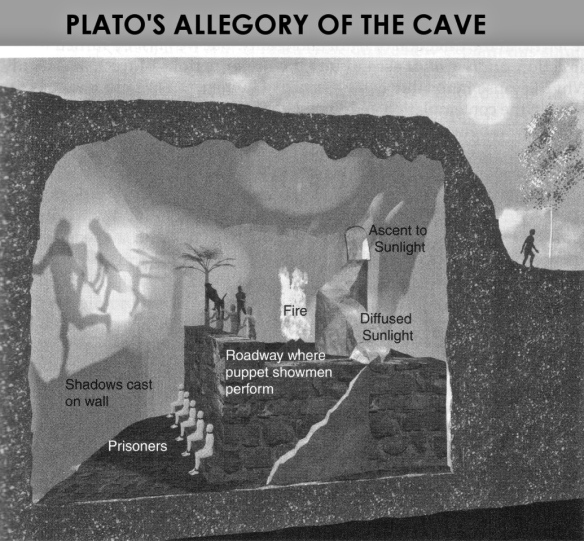 The ascent to the sunlight is under the road-bridge. Along the road-bridge come the procession of shadows and lives which the firelight projects onto the cave wall in front of the bound souls.

I remain fascinated by the primal fire of life which projects these shadows – the fire is behind me, the Karmic furnace – yet there is an opening to my right, and the choice is to turn and venture up that passage into the open, into the direct, warm light of the Sun itself.

I know all the shadows are still there flickering with their fire in the cave, an essence of my identity, my root in the ground.

I know when I am outside, by looking back at the cave entrance, and seeing it in its place.   I cannot avoid the stress of my being, and I often get engulfed by it. 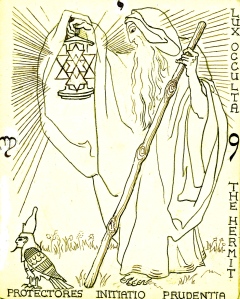 But the Hermit with the greater lamp, dawns within the dark, and indicates the Way Through to the sun, the beauty of the orchard outside the cave; where solar fruit drops from the boughs.

And relax, letting go the stress in living and dying …  let my solar plexus loosen, let breath be drawn unobstructed, all the way down into my root chakra, through the dantien.   It rounds itself, like an earthenware vessel which carries cool water from the well.   In the water are reflected and born again, the distant stars and Suns. 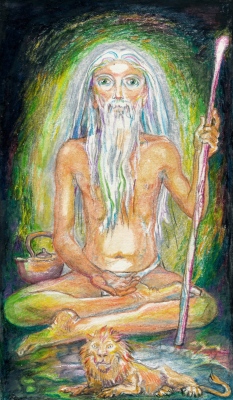 All art and creative writing in this blog is copyright(c) janeadamsart 2012-2014.  May not be used for commercial purposes.  May be used and shared for non-commercial means with credit to Jane Adams and a link to the web address https://janeadamsart.wordpress.com