This post waited in my Drafts for some considerable time!  I was kept busy with my book of the Tarot Arcana (from which this writing arose), and with finding out, and with living. Now I recall the place of rest: shabat shalom … and baruch, the blessing.

Our dear old friend Issy Benjamin “left the market place on Sunday evening 25 October, and has gone home. Heaven is home and earth is the marketplace. We are in constant passage between the two (African proverb).”  He was nearly ninety.

The Star, the Cross and the Crescent!  (See the vimeo above).  Develop in the inner and outer life the golden seed – each of the middle eastern prototypes holds my deep affiliation, life-effort and love.  As agonizing as the conflict at present is, so shall it one day flower and unite humankind. 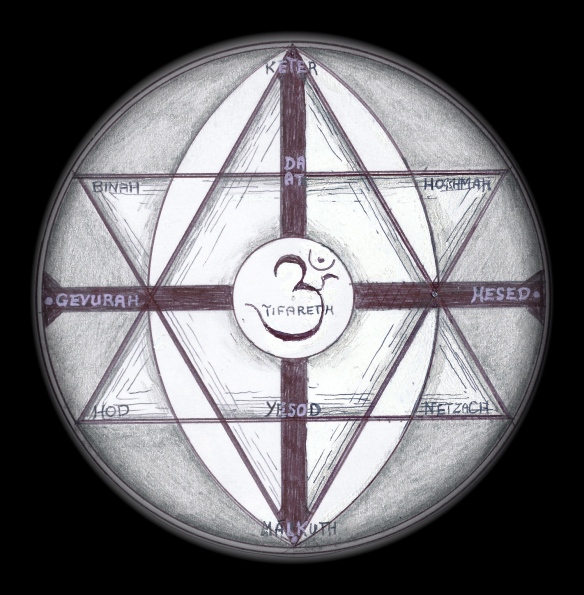 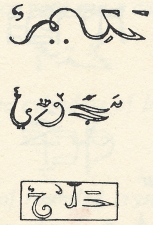 Script of altar, bird, torch in the Trinosofia, meaning ‘the body of the wise man shall be concealed’

Great love embraces the tall white hall of Issy’s shul, where I went for sabat shalom. Hidden behind an angle there was a skylight, and this reminded me of a dream I once had, in which were windows cut through the ceiling to Adonai – in the shapes of the Hebrew letters – through them you may talk to god without intervention or interference or screen of speech.  Why?  Because those apertures from above and below are cut through stone, the shape of the language and its covenant.  Nothing else but the Law, the cosmic Torah, can be spoken or heard through them.  And so it is with all languages through which God spoke – Arabic, Persian, Phoenician, Egyptian, Sanskrit – our origin.

Always go from where you are right now, because access to the sacred architecture is a given;  it is not seen all at once, it grows on you as soon as you surrender your nature to the joy of the gift.

When a soul literally sheds the physical embodiment, he or she is present in any time and space right now, to tune in with. 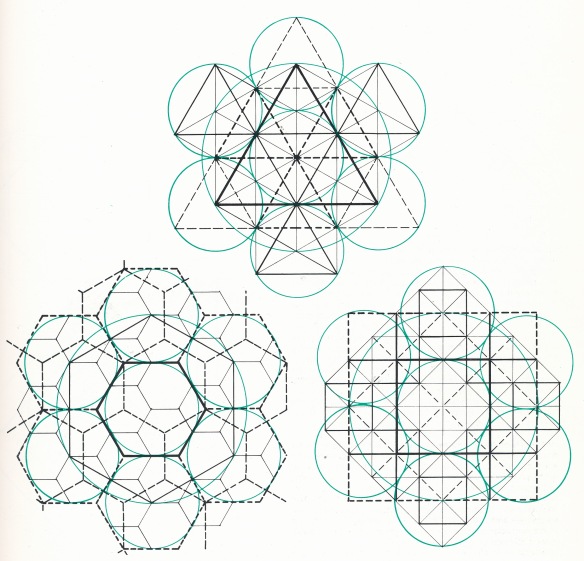 When the centre is open, the six directions through my core are simultaneous.  Turning to face them, is something I should remember and not forget during the day. The KABOD, the glory of God has this private stealth, and may be rediscovered at any moment. The expression ‘The chosen people’ may derive from what we choose to meet each other with – the scroll we unroll and open to each other in the eager reading of the Book.  It derives from ‘choosing’ to connect with Issy and with other souls now beyond the box of naming, yet vital in their essence.  There is an intimacy of the emerald table – as above, so it grows below:  the currency ascends through the descent.

I feel and endure the descent, but later on like yeast it rises and leavens the loaf, spreading it far and wide. 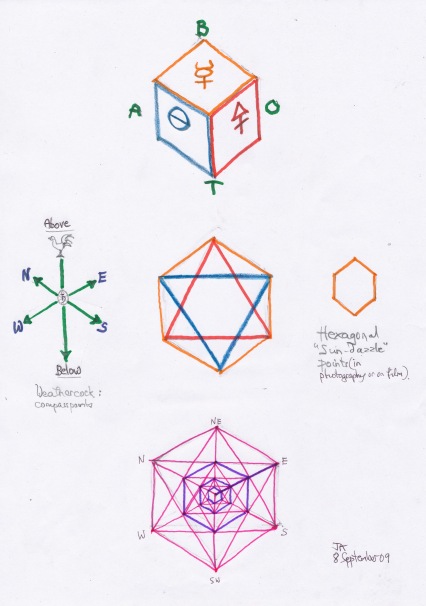 My solar atom is a weathercock – a cube of space;  the six directions N E W S and up and down;  the holy hexagon, the cube of Solomon, a metaphysical spatial reality.  As soon as I am aware of it, I know my purpose, and gently it flows into concentric raindrop circlings of humankind:  I know it and I become still.   I become still not with my intention which is a confused and muddy pool, but as soon as I am aware of the grace flowing in and out.  Then I am in my natural shul. 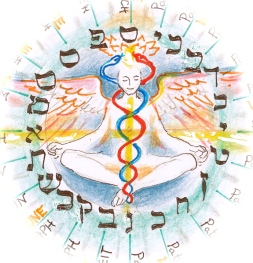 I was picturing Issy there, in his usual seat, with his white shawl wrapped around him, and his sparkling joyous gravity.  I feel he was an architect in the medieval flowering of sacred geometry and alchemical science, when Jewish and Islamic sages worked together. When – like him – we are called back into the Scroll, we are all the names that were ever given us on earth – and so we have no particular one, we are nameless! 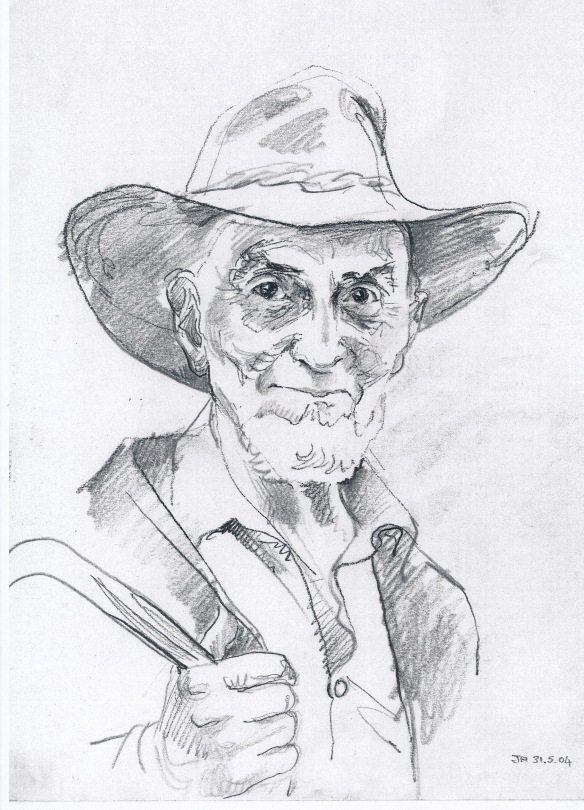 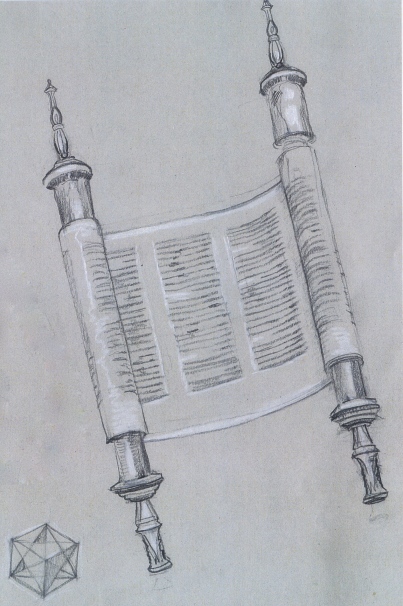 When I ask where and what is God, and love of God, God happens when a tabernacle opens.  When Yeshua stood with his friends on the mountain, their tabernacles opened to each other, and they KNEW.  The place of rest is the crystal receiving-set through which the Greater Mystery pulses.  In the silence the sages come to life:  the holy mountain. 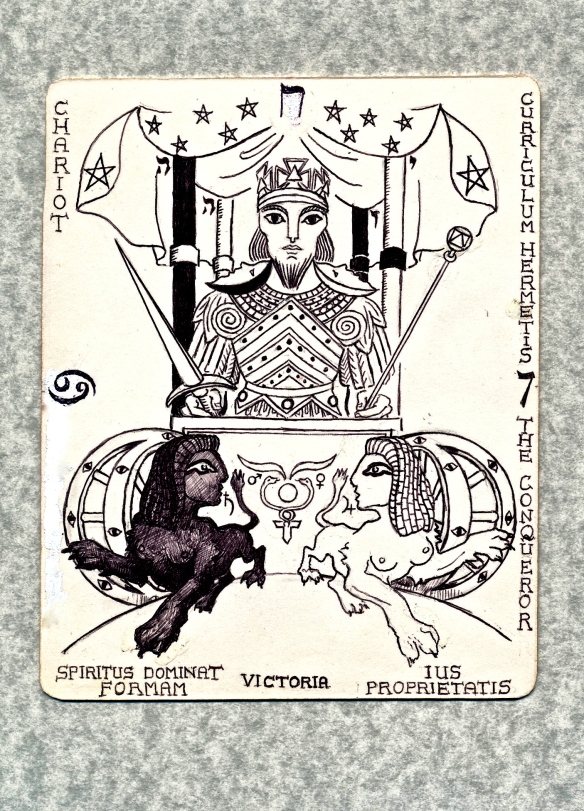 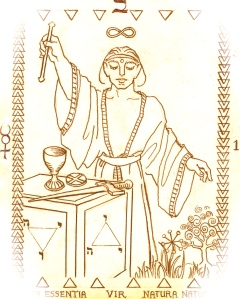 In the Tarot, Key Seven awakens this knowledge and response.  It fields and fences the Magician’s ‘house’ or BEIT with CHETH the enclosure.  It takes a while to tap the portal;  but this morning again it stood open – it flows through here.

The Seventh Arcanum rests within the sense of expansion.  It is a seven pointed star.  The Seventh Arcanum reminds me now that each Tarot Key is a holy transmission, a contemplative and living silence.  The enigmatic image releases a quantum of shabat shalom baruch:  a commitment.  The prayer does not repeat;  it is new born. 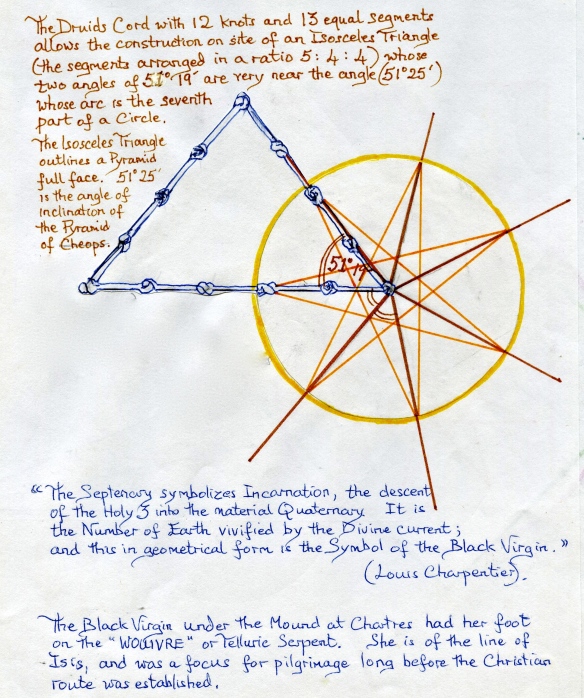